When A Qualified Income Trust Is All You Need

Helping You Get The Qualified Income Trust You Need, Right Now, Right Here 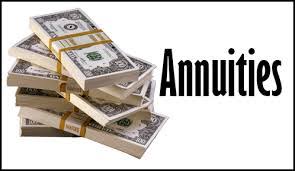 Immediate annuities can be a useful tool to protect the spouse of a nursing home resident who applies for Medicaid. These types of annuities allow the nursing home resident to spend down assets and give the spouse a guaranteed income. But while immediate annuities for Medicaid planning work in Florida, they may not work in every state, so be sure to check with an experienced elder law attorney.

Medicaid is the primary source of payment for long-term care services in the United States. To qualify for Medicaid, a nursing home resident must become impoverished under Medicaid’s complicated asset rules. In most states, this means the applicant can have only $2,000 in “countable” assets. Virtually everything is countable except for the home (with some limitations) and personal belongings. The spouse of a nursing home resident–called the “community spouse” — is limited to one half of the couple’s joint assets up to $126,420 (in 2019) in “countable” assets. The least that a state may allow a community spouse to retain is $25,254 (in 2019). Florida Medicaid allows the full $126,420. While a nursing home resident must pay his or her excess income to the nursing home through the use of a Qualified Income Trust, there is no limit on the amount of income a spouse can have.

The spouse of a nursing home resident may spend down his or her excess assets by using them to purchase an immediate annuity in Medicaid planning. But if Medicaid applicants or their spouses transfer assets within five years of applying for Medicaid, the applicants may be subject to a period of ineligibility, also called a transfer penalty. To avoid a transfer penalty, the annuity must meet the following criteria:

Here’s an example of how immediate annuities in Medicaid planning might work: John and Jane live in a state that allows the community spouse to keep $126,420 of the couple’s assets.  If John moves to a nursing home and John and Jane have $320,000 in countable assets (savings, investments, and retirement accounts), Jane can take $200,000 in excess assets and purchase an immediate annuity for her own benefit. After reducing their countable assets to $120,000, John will be eligible for Medicaid. If the annuity pays her $3,500 a month for five years, by the end of that time, Jane will have received back her investment plus $10,000 of income. If she accumulates these funds, at the end of five years she will be right back where she started before John needed nursing home care.

Given this planning opportunity, many spouses of nursing home residents use immediate annuities to preserve their own financial security. But it’s not a slam-dunk for a number of reasons, including:

In short, the use of immediate annuities is a powerful planning strategy. It’s success depends on each couple’s particular circumstances and should be undertaken only after consultation with a qualified elder law attorney.  In addition, those who do purchase immediate annuities need to shop around to make sure they are purchasing them from reliable companies paying the best return.

Finally, couples need to beware of deferred annuities. Some brokers will attempt to sell deferred annuities for Medicaid planning purposes, but these can cause problems. While a deferred annuity can be “annuitized” (meaning it can be turned into an immediate annuity), if the nursing home resident owns the annuity, the income stream will be payable to the nursing home instead of to the healthy spouse. Often, the annuity will charge a penalty for early withdrawal, so it is difficult to transfer it to the healthy spouse. In short, while immediate annuities can be great tools for Medicaid planning, deferred annuities should be avoided by anyone contemplating the need for care in the near future.

Immediate annuities can be an attractive option for the appropriate circumstances, but the pitfalls can be significant. Before you use immediate annuities, or any other kind of annuities, for Medicaid planning, consult with our experienced elder lay attorneys to make sure its right for you.

The irrevocable Florida qualified income trust, or "Miller Trust." that you can prepare online, for a fixed fee of $349. The trust document is reviewed by Florida elder law attorney C. Randolph Coleman. Mr. Coleman has been a practicing attorney and member of The Florida Bar for over 35 years.  He is rated by his professional peers AV (preeminent) by Martindale-Hubbell for 31 consecutive years, is designated one of the "Best Lawyers in America," for Trusts and Estates (the top 5% of all trusts and estates lawyers based on peer review), has received the designation of Lead Counsel by Thomson-Reuters for Estate Planning and Probate, and has a 10.0 rating (Superb) by AVVO for estate planning and elder law matters.

Mr. Coleman has focused exclusively on elder law in Florida and estate planning matters for the past 30+ years and has prepared hundreds of qualified income trusts that have been accepted by the Florida Department of Children and Families (or its predecessor HRS) to allow elderly skilled nursing home residents to qualify for Medicaid benefits to pay for the skilled nursing home cost.

The qualified income trust that is prepared online is guaranteed to be accepted by DCAF or you will receive a full refund of your purchase.

When A Qualified Income Trust Is All You Need. Theme by Grace Themes
%d bloggers like this: